I’ll Give You This 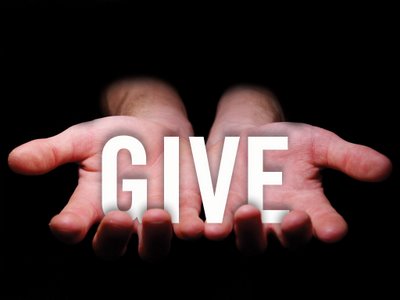 I’ll Give You This

Acts 3:1-6 TPT
One afternoon Peter and John went to the temple for the three o’clock prayer. [a] 2  As they came to the entrance called the Beautiful Gate, [b] they were captured by the sight of a man crippled from birth being carried and placed at the entrance to the temple. He was often brought there to beg for money from those going in to worship. 3  When he noticed Peter and John going into the temple, he begged them for money. 4  Peter and John, looking straight into the eyes of the crippled man, said, “Look at us!” 5  Expecting a gift, he readily gave them his attention. 6  Then Peter said, “I don’t have money, but I’ll give you this—by the power of the name of Jesus Christ of Nazareth, stand up and walk!”

Peter and John CAPTURED by the sight of a man crippled – being carried to the place by the Gate Beautiful – to beg – again!
This man’s daily routine, with no hope of anything ever changing.
The man NOTICED them going into the temple
When they say to him – ‘LOOK AT US’– this man was expecting a gift– so he gave his attention. Peter and John were captured – surely they had seen him there before – BUT after Pentecost THEY SEE AS JESUS SEES – the lame, the broken, the needy – with the eyes of His Heart. They are bold – they are compassionate – they are convinced of Who is in them – LOOK AT US –
They don’t hem and haw and try to find an opening in conversation.
This is Kingdom Business – Look At Us!
He thought a gift of money, a beggar’s main purpose of being at a gate, funds for daily life.

I’LL GIVE YOU THIS!

GOD had a gift – the eternal gift of Life Everlasting and His healing grace
This man never to beg again – never be outside the worship, the fellowship or being valued
Never again being carried
I wonder how many people did this man go to and say – ‘look at me’ – I have been healed in the Mighty Name of Jesus and so I say to you…….
I once was blind and did not see the needs of those around me.
Caught up in my own world of ‘self’ I walked by the ‘familiar’ sights and sounds and people.
Like a ‘dull roar’ in the background, never fully aware –
SUDDENLY He comes
Third Person of the Trinity – Holy Spirit
And I see – I truly see
I truly feel – I truly know
The Crucified Risen King of Glory
And the ‘dull roar’ becomes the cries of the needy I did not hear
I have only one thing to offer – I’ll Give You This – by the power of the Name of Jesus Christ of Nazareth – stand up and walk. Truly Live – fully alive!