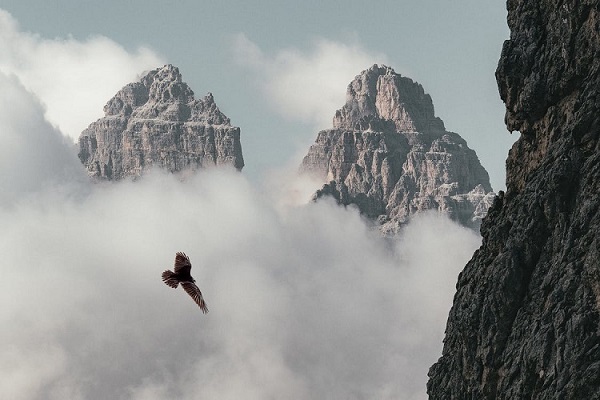 Video teaching “The Turning of the Page” by Donna Milham

The Heart of a Champion!

David’s epitaph read that everything he was put on this earth to do he accomplished and he fulfilled. David had the heart of a champion.

His men who were trained by him became champions, killing lions in pits, slaying hundreds with the jawbone of a donkey, killing many with a spear – they had hearts of champions – they did not quit!

When others stopped they persevered, they would not stop.

God is looking for those whose hearts are hearts of champions!

Jesus was something to behold and watch, they had never heard or seen anyone like Him before.  They either loved Him or hated Him.

And the world is waiting for this again, for Him to walk the earth again through us.  All of creation is poised and waiting for His sons to arise.

And you and I are what they are waiting for!

Champions – those who will run the race of their lives and not stop!

Those who are bold, royal, with His blood and Jesus’ Heart of  a Champion  within us.

He wants us in this hour to know, know, know who we are and Whose we are – we  were born in this hour and in this season and the FATHER  is saying ‘let them run their race”.

But the King is shouting – let them run their race!!.

Around this nation and the nations God is raising up those who are secure leaders – fathers and mothers – who hear His cry and shout – and are coming alongside and raising up champions, those who will run and not quit.

Leaders who will fan the flame of the hearts of champions that is within each one of us, awaiting to be awakened with holy bellows from Above.

We become like who we are around, are we fellowshipping with naysayers or those who believe in our destiny?

If we want to run the race and win we need to be with those who have hearts of champions and who will also help train and release us to become all we were meant to be.  We have a royal bloodline with the One who spoke the world into existence.

We are meant to go the distance, and as we run the race day by day, we extend the lengths of what we accomplish with Him, by Him, through Him, each day, each week and year.

We cannot afford to be ones who can only run short and fast races, short assignments, short calls and destinies.

Many start out fast – fast warriors – but these will run themselves out.

They run to every battle, running to every place and thing that is new or different, running and being part of everything there is to be part of.

We must be mature and secure enough to know which race, which battle, which tribe, which assignment we are part of and then run to win and run to finish.

Being trained for the long race, the long haul – it is here and now.!

Times have changed, we are in the final stretch of history, we cannot afford to waste anymore time.

Man may say it is too late, you are too old, too young – but ‘you never know how far you can go until you run’!

The complacency has to be set aside, excuses burned up, the naysayers walked away from, and get in line with the champions at the gate, those pawing at the earth with their horses’ hooves, waiting for the trumpets release from Heaven.

Not the release of some man’s idea, but when one sounds a trumpet and it resounds within our heart, then we run!

Are you desiring to be a champion?  Are you a champion trainer and releaser?

The world is waiting for champions – they have tv stars, sports stars, superheroes, but God’s people are meant to be the real champions.

We are meant to be the ones ‘who shine as stars as we hold out the Word of Life’.

Heaven is watching and waiting for us to arise – champion hearted sons!

Where are the trainers and equippers and releasers and true Champion Hearted Leaders?

won, I’ve made it here and I did not quit I have run my race, now you run yours.’

Not just speak it, but stand with you, where are the true apostolic fathers/mothers who are secure and will not use you to build some system but who have run the race and are running it and now are saying you run yours, and we will watch and cheer and guide.

You may not have man’s applause……but when you enter the arena of your destiny and your race you will hear Heaven’s within, and feel His Gaze.

Hands on training and equipping by apostolic/prophetic fathers and mothers who carry the heart of Jesus the Champion within the DNA of their spiritman.

Those who have the eye of the eagle, who walk in a prophetic lifestyle and culture.

Those who have the eye of the dove, who walk in intimacy with the Father, Son and Holy Spirit – the Holy Three!

Those who have the heart of the eagle, who are fierce and fearless in the power of the Kingdom of God.

Those who have the heart of the dove, who walk in tenderness, mercy, compassion and grace.

Lions and lionesses – men and women – whose lives are not their own and who live to serve One King and One Kingdom!